Why Marathon & Apache have got it wrong & why an embarrassing climbdown is inevitable.

Some of you who may read this blog from time to time or follow me on twitter will recognise I'm not a man who minces his words when he gets a bee in his bunnet & considering the subject matter of this blog entry, I aim not to disappoint.

The UK media would have everyone believe that the Oil & Gas industry is at a cross-roads - at the precipice of terminal decline or renewed vigour - personally - I think if you believe any of that, you're a complete moron who hasn't a clue about the oil & gas industry. Ever since the price of crude started to slide, the negative impacts of it have been woefully exaggerated in the media, more than likely due to all media in the UK having been primed and briefed against Scotland & it's independence referendum, but don't let that small matter distract us. The real issue here isn't about the continued, ridiculous scaremongering of the British Media, but rather by the bare-faced opportunism being shown by some of the UK's asset operators.

Lets start at the very beginning. Years & years ago, in it's youth, the Offshore industry operated on an equal-time basis; meaning that if you worked offshore for a week, you could expect a week's field break on your return to civilisation, Some put the eventual decline of 1/1 and the replacement of it with 2/2 as natural progression, some point towards to cessation of the use of Chinook helicopters for crew-changing following the catastrophic crash that killed 45 people, meaning that smaller helicopters & less people could be transported. From a grimly unfeeling & statistical point of view, it would take 2 x modern S92 helicopters (with a payload) to crash to result in a similar loss of life

However you looked at it, 2/2 arrived and it stayed - at least for a time. UK working time regulations law changes in the late 1990's - specifically those introduced by further integration with the EU, resulted in unions & workers demanding employers fulfil their obligations to provide sufficient holidays to offshore workers who work 7 days a week for 12 hours a day. This presented the Asset operators with a very serious problem. They legally HAD to give workers a minimum of 28 days holiday a year - but to do so would cause massive upheaval in offshore operation rotas. Different operators accommodated this in different ways. Some operators went straight to a pattern of 2 on, 3 off (2/3) - others, keen on asserting the fact that 2/3 was a "gift" to workers as it technically gave more than 28 days, enforced a system of 2/3 and "clawback" - a term used to describe enforced overtime or partaking of courses while on field break. Other operators, such as Shell, experimented with "even 6's" whereby workers operated a 2/2/2/2/2/6 cycle. This was eventually replaced by the slightly less onerous 2/2/2/4 and indeed works out the same as the now de-facto standard of 2on, 3 off (2/3)

Marathon & Apache are now seeking to capitalise on the furore caused by the British media to trim their own costs at the expense of their staff & vendors - which given the current climate created by the UK Governments Austerity agenda, is not hard to see why they'd try to justify it. The same operators made the same grumblings when the financial crisis hit in 2007/8 - despite oil being broadly the same now as it was back then, circa $50/60 a barrel & the financial crisis all but ignoring the bastion of economic activity in Aberdeen. Purely and simply, they were at it. Today's crisis is rooted not in economic necessity, but in poor management of change, something the Oil industry keeps pushing on its workforce. The simple fact is that oil prices do fluctuate & you should be prepared for them to - unlike the junior oil start-up OILEXCO who went into administration in 2009 after failing to secure financial backing for its ambitious upgrade projects - in fairness, this had more to do with the RBS refusing to lend more money after its exposure to toxic debt were made public.

In light that many other operators are not seeking to change their working conditions for their employers, allow me to flesh-out what would happen if Apache & Marathon were to enforce an increase of working time with no remuneration or incentive to those affected.

These are base, raw emotions, but they are powerful ones. Workers have long memories & ostracising your workforce is not going to yield better productivity. In some instances, working to rule & voluntary overtime bans would be mooted - but I wouldn't rule out the possibility of a strike that could potentially paralyse the North Sea as it did in 2008, when INEOS was forced into a similar climbdown over pay & pensions.

2. The Grass will look far greener.

One of the most noteable things about the offshore industry, is how small it is on a social level. It's almost comical how common it is to bump into an old pal at a heliport or find yourself bunking with someone from your last platform. This social dynamic lends itself to the competitiveness of the North Sea, given that people invariably move around from platform to platform in pursuit of better terms & conditions, time off, career advancement and more. In the instance where operators retain 2/3, their positions instantly look more attractive to someone facing an enforced 3/3. Even overseas jobs encompassing 4/4 would be more attractive, given most offer tax incentives for working outside of the UK and in most cases, outside of the EU.

If the justification for changing someone's working conditions is the price of oil, can we expect a return to 2/3 once the value of crude returns to "normality" which it invariably will? Picking and choosing how you will treat your workers based on such an arbitrary factor spells death for a company & its relations with its host country, regardless of how big they are. When the oil price does recover & Apache / Marathon have to start recruiting again, is anyone going to apply for a job with the operators who moved the goalposts on their workers once already? I fear this aspect of their proposed policy has all but been ignored. This can be demonstrated quite aptly with the downturn in the Canadian Oil Industry in the 1980's where BJ Services Ltd pulled-out and left some 5000 of thier workers in the lurch. BJ were unable to get a foothold in the Canadian Market after that and ended up having to purchase their Canadian competitor, NOWSCO, who's name they retained in Canada due to the toxic implication of their own Branding.

4. Its the economy, stupid.

Weathering bad economies is what all successful companies have had to do & I don't deny that Marathon & Apache have form for doing this. My issue is that reforming practises shouldn't be done on a knee-jerk basis & its hard to see how this is not one of these basis. Arguing for tax-cuts with the government & negotiating with unions & workers is a far more sensible plan than ripping up the rulebook in a tantrum. It's because of this I genuinely believe anyone who adopts 3/3 has demonstrated that short term profitability is more important than long term growth & will invariably leave the North Sea within 2 years & in many respects, that's probably for the best.

This is only my opinion & of course I might be proved wrong about the oil price recovering, but my experience tells me otherwise. As for allocating blame - who can we really lay this at the door of? The oil companies? The mainstream media? The Saudis? to be honest, I don't really care. In the final analysis, you reap what you sow & if Asset operators are determined to sow havoc & discontent on their workers & families - that sentiment will not be forgotten quickly. 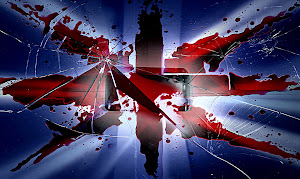